It was circa 1992, a new radio station was born in Las Vegas. The music they played, or format, was modern rock. Up to this point, no radio station in Las Vegas had played this genre of music. Some called it “alternative”. The ever-wise consultants eventually made us refer to it as “Your New Rock Alternative”. Others thought it was “The cutting Edge”. In fact that’s what the powers that be called it. The Cutting Edge of Rock. 103.5 The Edge. And it was a good thing.

Some big fans of the radio station referred to themselves as Edge-heads. I was a big fan. I also worked there. I was co-host of the morning show and an Edge-head. So we called the show The Morning Edgeheads. I made many great friends at The Edge. Some of them agreed that it was time for us to do a show again. Now, in the form of a podcast, you don’t have to wake up at the butt-crack of dawn to listen to us. You can listen at your leisure, to The Edgeheads. A podcast from Las Vegas. Enjoy the show! – Gregg

Gregg Hodges is an is an American comedian, radio personality, podcast host, and autodidact. Growing up in Southern California, He has performed at the Magic Castle in Hollywood and various comedy clubs in Orange County.

After working on cruise ships for over 3 years he landed in the Las Vegas desert, where he broke into radio. He co-hosted the morning show on 103.5 The Edge and 97.1 The Point with Mike and Carla (Who are now hosting the Morning Show on 96.3 KKLZ.) He also co-hosted with Chris and Steph (Who are still on 97.1 The Point).

Gregg has also been the opening act for John Pinnette, Rita Rudner, and Bobby Collins at The Sahara, The Dunes, The Sands, and Harrah’s in Las Vegas. (RIP John! A truly gifted and generous guy.)

He grew up in Hell‘s Kitchen NYC. "It was a tough neighborhood but people had respect." As a young man, he worked the docks on the Hudson. That’s where he met people that led to business opportunities in the food service industry in Chicago. He knew gaming, marketing, and food & beverage. After a few years, he moved to Las Vegas to supply the properties. "It was the 70’s in Las Vegas. If you gave respect where it was due, and knew how to keep your mouth shut, everybody made money." 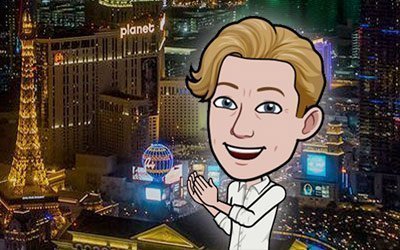 When he asks for a "pop" take it as a sign that he is a true midwestern boy. From Columbus OH, he’s agreeable, conscientiousness, open, and a bit neurotic. He took the test to get in to Mensa only to discover it had nothing to do with "Men". Although he passed, he was more interested in fashion. Off to Long Beach, CA where he got his degree in fashion design. Lance is a gossip, a hugger, an activist, and a wine enthusiast.

Born in Northern California, he was raised between San Francisco and Hong Kong. He attended culinary school and became a Sous Chef before taking a job in Las Vegas as a casino host. Sam is efficient and has a lot of energy. He practices Tai chi and Kung Fu. He has called Las Vegas home since 1990.

She’s an original Jersey girl, living in Boca Raton and Las Vegas. She‘s a 4 time widow and very independent. She loves her scotch along with Mahjong, and Bridge. Delores knows numbers and sports. She kept her 2nd and 4th husband’s names. "Well, Of course. They were good men."

Originally from Modesto, CA, he has worked at The Daily American Republic in Poplar Bluff, MO and The Manhattan Mercury in Manhattan, "Not that Manhattan", KS. Currently a Slot Supervisor on "The Strip", Stu contributes to local news outlets in his spare time.

She hails from LBC now in Las Vegas via Gentrification. Not too bitter but very sarcastic. She has been a Las Vegas resident for 3 years. She hates the heat but "what are you going to do"? Oh, that cup is filled with attitude. "Don’t make me spill this on you."

(1942 - 2018) Was the former Lucasian Professor of Mathematics at the University of Cambridge and author of A Brief History of Time. Lifelong member of the Labour Party.

He lives with Mom & Dad at home in Las Vegas and is a good helper. He doesn’t like liars or bullies. Randy loves pizza, all kinds, and video games. He’s a big fan of the Las Vegas Golden Knights, but thinks fighting is bad.

The Edgeheads
Scroll to top